Democratic lawmakers take a knee to observe a moment of silence on Capitol Hill for George Floyd and other victims of police brutality June 8, 2020, in Washington, DC. - Democrats kneeled in silence in the US Congress on Monday as they observed an eight minute, 46 second tribute to George Floyd and other black Americans "who have unjustly lost their lives." House Speaker Nancy Pelosi and Senate minority leader Chuck Schumer were joined by two dozen lawmakers in Congress' Emancipation Hall -- named in honor of the slaves who helped erect the US Capitol in the 18th century. (Photo by Brendan Smialowski / AFP) (Photo by BRENDAN SMIALOWSKI/AFP via Getty Images) 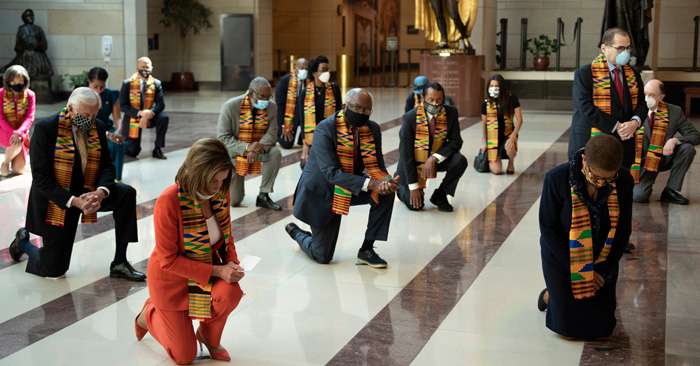